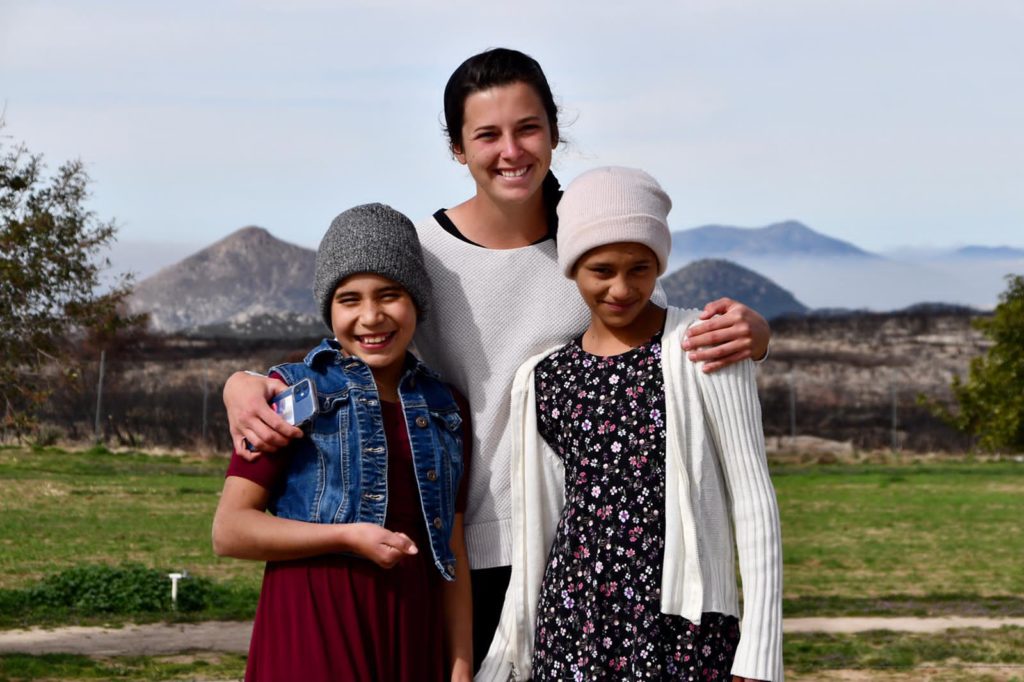 Mexico…I don’t seem to know how to put my time there into words, but I will try.

I originally applied as a floater; it was a good way to get into the groove of things. But after a month, everything changed.

One day, Shana told me that DIF had called and said they had two girls who were sisters, ages 12 and 13. She told me they had nobody to take them and wanted to know if I would do it. How could I say no? I felt like God was putting that in front of me so I had to say yes. They came into my care just three short hours later. I had no idea what that ‘yes’ would mean in the days ahead.

I helped the girls settle into their new home, which proved to be very difficult for them. Can you imagine being taken away from everything you know and placed into a home with strangers and a new schedule that doesn’t make any sense to you?

Before they came to the children’s home, their life consisted of fending for themselves. There were no rules and no one to obey. Now they have a “mommy” saying they have to obey. It was a big adjustment for them…and for me. But God! He is faithful and when we say ‘yes’ to what He wants for us, He gives us the strength to go through it.

The girls and I had our battles to deal with. I quickly realized I had to stick to what I said. They would try to control me in every way imaginable. They would threaten me and hit and bite me when they didn’t want to do things like taking a shower, washing dishes, cleaning halls, etc. It seemed like they would say ‘no’ to everything I said. But slowly, so very slowly, I saw a change. It wasn’t drastic but it was enough to see that all those late nights, times I felt like nothing good was going to come out of it, paid off. God was faithful as always and good things were happening.

I experienced some of my lowest points during my time with these girls. But, there were also mountaintop times that proved to be very rewarding. We spent a lot of time together doing things they enjoyed, such as picnics every Saturday, walks, and going to the lake. Evenings were often spent together eating fruit, playing Uno and jungle speed.

"The love I felt for them was not of myself; it was Jesus in me who loved them even at their ugliest moments."

My decision to go home was one of the hardest decisions I’ve ever had to make. Telling the girls was HARD knowing I would be breaking the small amount of stability they had with me. But, I knew God would watch out for them. He is always faithful. Three months later, I left them in the capable hands of another caregiver.

I often found comfort in this verse. “But the Lord stood with me and strengthened me”. (2Timothy 4:17). This is true when we say yes to God. He is faithful.