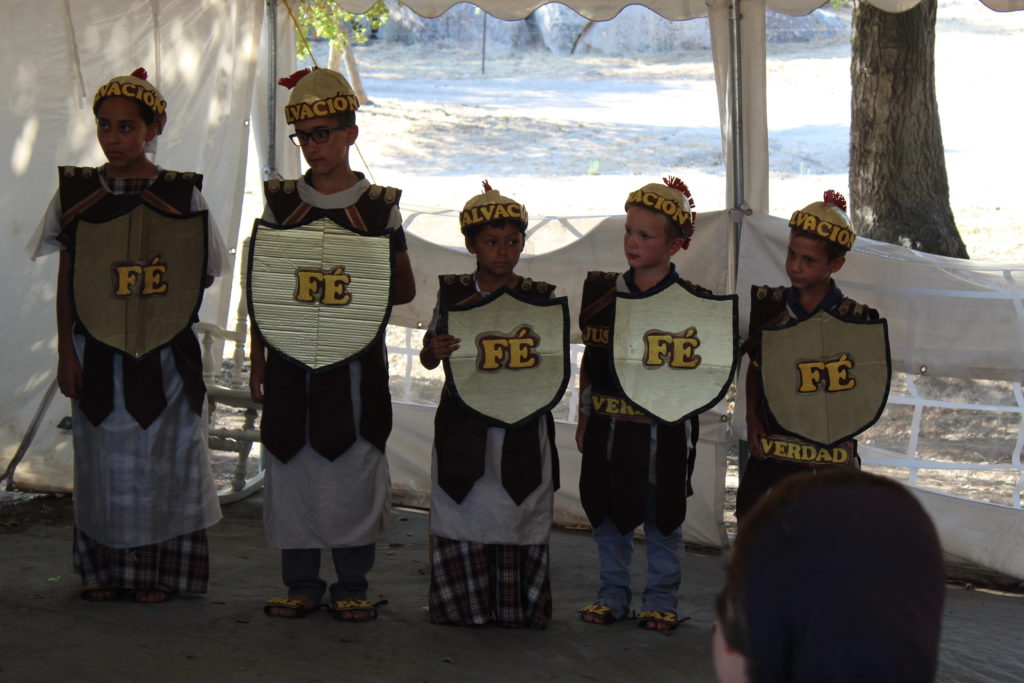 After many hours of practice, the school students nervously sat down in the evening sunlight and watched the visitors file in and fill the seats in the tent. Songs, memory verses, and memorized lines for a skit flashed through their minds as they hoped they wouldn't forget their parts.

The theme of the year-end program was "The Armor of God".  The children began by pouring their hearts and soul into singing and reciting Bible passages. Then the skit began as children acted out a scene where the army of God was looking for more soldiers. A businessman, grandma, teenager, street kid, and others lined up to see if they qualify. Two of them decided they would rather live their lives their way instead of enlisting in the army. Once the soldiers were chosen, they entered training and were given the Armor of God: Truth, Justice, a Helmet of Salvation, Sandals of Peace, the Sword of the Spirit, and the Shield of Faith.

Afterward, more songs and memory verses followed. When the program ended,  everyone gathered to eat supper, play volleyball and soccer, and open gifts. The cool desert evening air was the perfect setting for the adults to fellowship, while the children played to their heart's content. 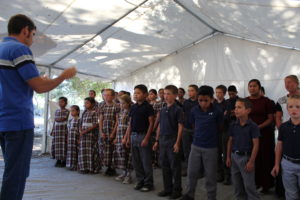 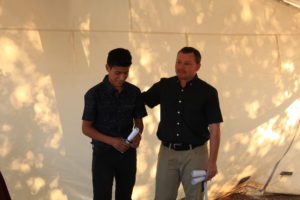 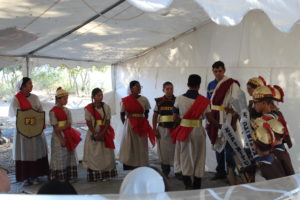 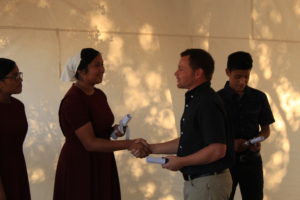 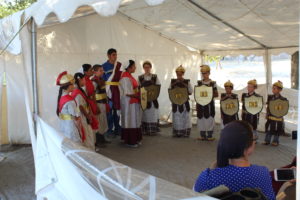 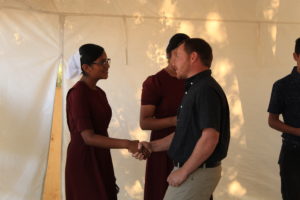 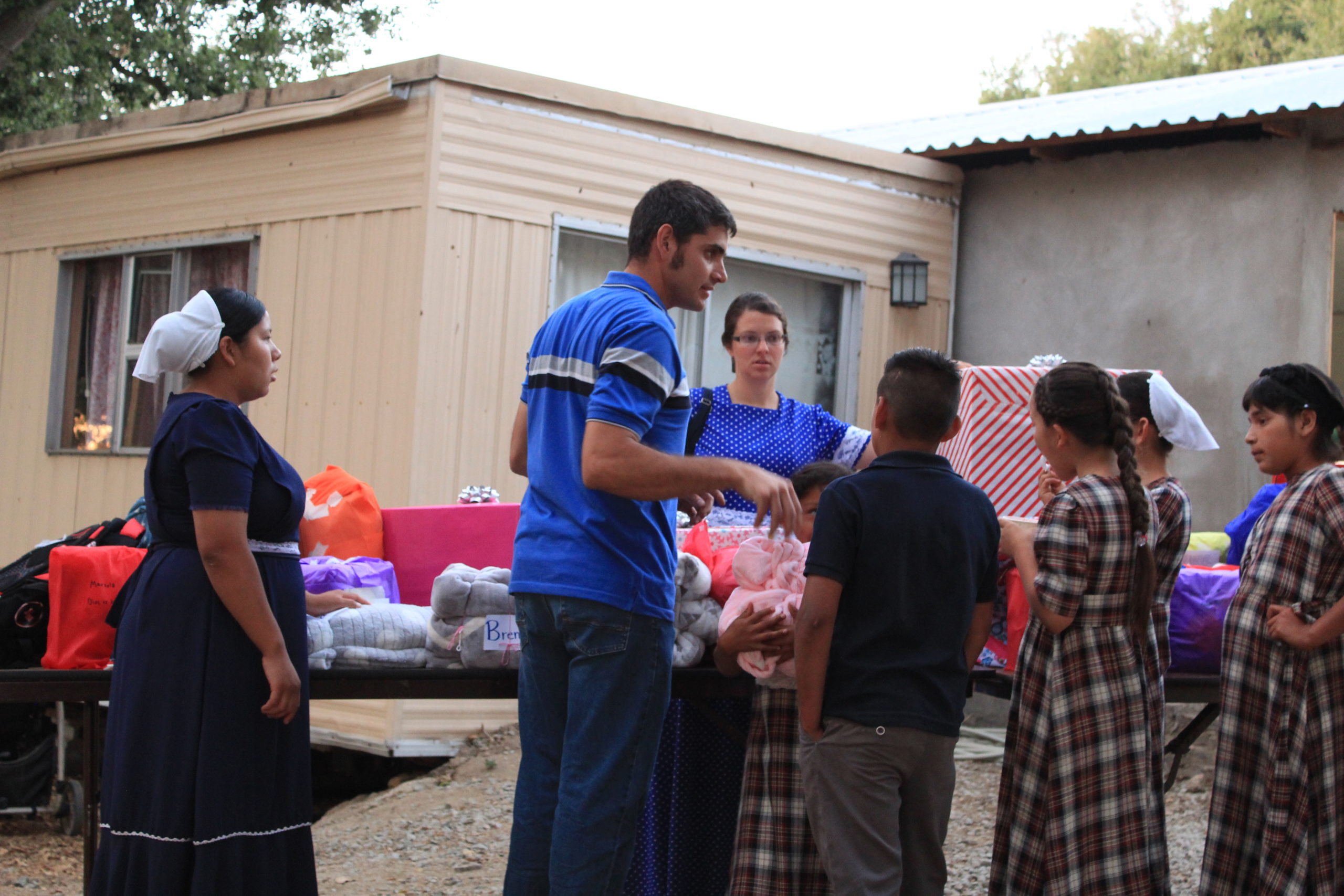